Broadband Investment in Massachusetts Paving Way for Jobs of the Future

This week construction began on a fiber-optic network that will bring broadband Internet service to more than 120 communities in western and north central Massachusetts. Thanks in large part to a $45.4 million Recovery Act investment from NTIA, the project will help residents and businesses in these underserved parts of the state to better compete in today’s knowledge-based economy.

On Tuesday, I joined state and local officials, members of the project team at the Massachusetts Broadband Institute (a state-created organization that is our grantee), businesses, and others in the community to discuss the initiative, called MassBroadband 123. It will deploy broadband service to nearly 1,400 community anchor institutions, including schools, community colleges, libraries, healthcare providers, and public safety facilities – like the Sandisfield Fire Station where we met, and whose fire chief has emphasized the importance of up-to-date technology for keeping residents safe. 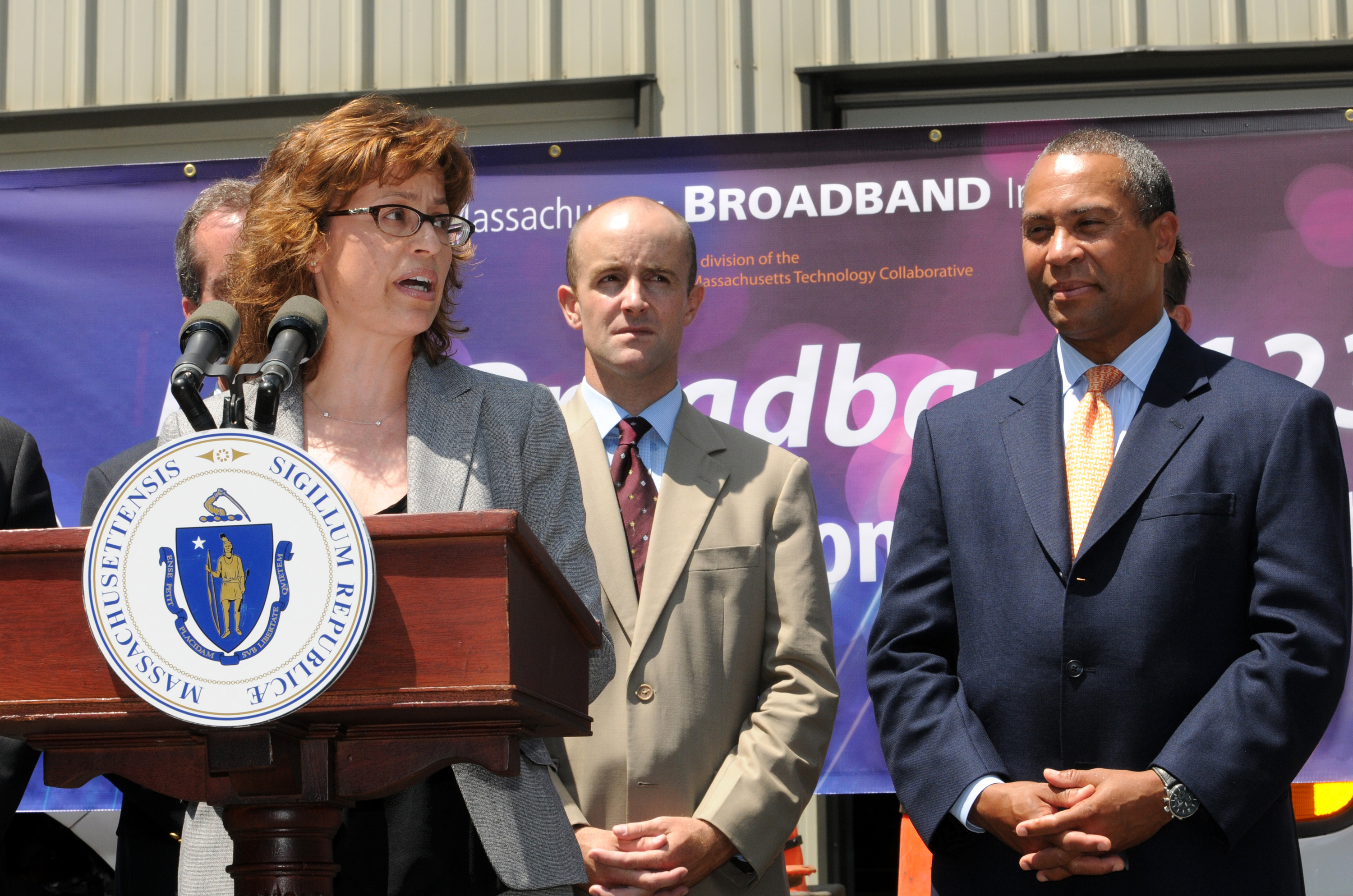 The project estimates they will create hundreds of jobs to build the network, but there are also longer-term economic benefits. For example, as a Sandisfield city councilman explained, the town has lost many residents to other locations where broadband, and more jobs, exist. High-speed Internet will enable residents to stay in town while working in the global market. Small businesses in western Massachusetts will be able to access consumers across the U.S. and around the world. Doctors in rural communities will also be able to connect with top specialists, whether they’re in Boston, Baton Rouge, or Bangalore. And students will have access to classrooms in the world’s best colleges. (No wonder there were even children in the crowd holding signs that read, “Broadband Rocks!”)

At the close of the gathering, in a twist on the traditional ribbon-cutting, Governor Deval Patrick commemorated the start of construction by splicing a fiber optic cable. I was very impressed with the enthusiasm and dedication of the staff and the Massachusetts leadership, and I congratulate them on this important milestone.